Twenty-five years ago, Jack Churchill, public administration prof at PSU, called to offer some advice. It wasn’t plastics, like Dustin Hoffman's mentor in The Graduate. No, it was CLEAN WATER ACT!  Park and wildlife biologists, he yelled, had neither the power nor funding to clean up the Willamette River and bring nature back into the city. I had just taken the position of Urban Naturalist at the Audubon Society of Portland and both of these were my primary goals.  “Thanks for sharing,” I said and hung up, wondering what the Clean Water Act had to do with my mission. 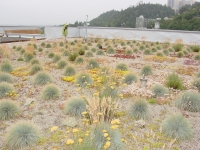 It took me a few years to get it. Sewer and stormwater agencies had immense potential to protect the region’s streams, rivers and watersheds.  They had a federal mandate -- the Clean Water Act. Despite the fact that in the early 1980s they focused virtually exclusively on piped, engineered gray infrastructure solutions to water quality problems I realized the potential they held for moving the dial on urban greenspaces by integrating their mandates and mission with those of park providers and fish and wildlife agencies. 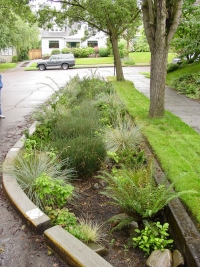 Three decades on, and Portland’s Bureau of Environmental Services (BES) is one of the most progressive, innovative stormwater agencies in the country. Thanks in part to the federal Clean Water Act, and to progressive leadership in the city, BES has broadened its mission. To be honest it took a lot of nudging and cajoling from local nonprofits like mine. But they have embraced green infrastructure and creative approaches to stormwater management.

So what?, you might say. You should care a lot about BES’s green approaches to stormwater management. Your sewer rates will decrease. For example, the Tabor to the River project will cost $63 million less by combining gray and green infrastructure. Care about fish and wildlife?  BES is restoring salmon and wildlife habitat, not in some distant river but right where you live. They are buying and protecting headwaters and replacing invasive species with native plants. These lighter, greener, smarter, cheaper approaches will result in healthier waterways and watersheds. Our streams will run with cleaner water at less cost to you.

Unfortunately, no good deed goes unpunished. Some of our worst polluters and opponents of the city’s environmental programs have launched an initiative that would gut these programs and wrest control of BES from the city. Who would control their special “water utility"? The very same people who have polluted our waterways. BES is where we need it now: an important part of Portland’s collective efforts to protect nature in the city. The agency is accountable to us, not an obscure board, outside city control.  Don’t Sign That Petition! It’s bad for the environment.  It’s bad for public involvement.  It’s bad for our water.

For more information, and to get involved in opposing this ill-conceived Water and Sewer District initiative, contact me or Bob Sallinger, Conservation Director, Audubon Society of Portland.

Mike Houck directs the Urban Greenspaces Institute and is a founding partner of The Intertwine Alliance.  He’s worked on parks, trails, and natural area issues for 43 years.  Mike co-edited Wild in the City: Exploring The Intertwine.