The forgotten child in the hood

“If getting our kids out into nature is a search for perfection, or is one more chore, then the belief in perfection and the chore defeats the joy. It's a good thing to learn more about nature in order to share this knowledge with children; it's even better if the adult and child learn about nature together. And it's a lot more fun.” ― Richard Louv, Last Child in the Woods 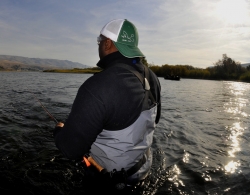 Richard Louv’s bestselling book Last Child in the Woods describes the growing divide between today’s children and the outdoors. But what Louv calls “nature-deficit disorder” is an issue that has plagued the less fortunate for far longer. As a veteran and fly-fisherman, when I look back on how the outdoors has positively influenced my life, it is impossible not to try to share this gift with those I feel would benefit from it the most: inner-city children of color.

Louv writes that the solution to nature-deficit disorder lies in introducing youth to the outdoors through a family member or older mentor, who then shares in these experiences. But the assumptions here, presented from the perspective of a privileged Caucasian American adult male, are that an older generation is available to a child, and that their experience of the outdoors has been positive. 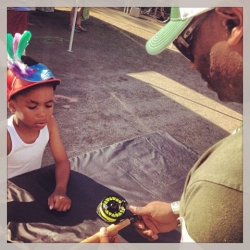 Older African American generations have passed down intense accounts of slaves on the run, and terrifying stories of lynching, adding a dimension of dread and fear to the solitude of the woods, rather than wonder, excitement, and exploration. And for inner-city children, the privilege of experiencing nature is further impeded by inaccessibility, surviving the hustle of the streets, and parents working harder than ever with multiple shifts for dwindling paychecks. When time and cost become impediments, the outdoors unfortunately becomes a luxury.

So how can we reach the Last Child in the Hood? And can the outdoors help them overcome their situation, whether it be a broken home, drug abuse among their peers, financial insecurity, and the accompanying allure of crime as a way out?

Through a pilot expedition on the Deschutes River, I recently had the honor and opportunity of aligning a program of mine, called New Currents, Outdoors, with the Sierra Club. Our unique mentoring program intentionally connects two worlds: veterans and inner-city youth. Youth benefit from spending time with role models who are clearly taking time to teach them and reach out, while veterans benefit from the healing of the outdoors and the fulfilling work of a mentor.

With the expedition motto “Iron Sharpening Iron,” our group of 15, including eight Portland-based youth and veterans, spent four days on the river teaching each other about themselves and the natural environment. The expedition was both powerful and fun. Although young, the youth involved have had life experiences and struggles that many adults have not faced. And while many were a bit timid at first and didn’t open up right away, Mother Nature worked to tear down the barriers, allowing us to share our lives and connect. “Iron Sharpening Iron” was an incredible experience for everyone involved, with the friendships started on the river following us back to the city.

I believe the magical, life-altering experiences offered by the outdoors can be a game-changer for inner-city children of color. Through the New Currents, Outdoors program, my goal is not just to establish a series adventurous expeditions that offer escape from the pressures of the city. I hope to make a lasting difference in the life of youth by connecting them with talented mentors and volunteers – an older generation who can teach life skills and inspire as role models for years to come.

Chad Brown is the CEO/Creative Director of Soul River Runs Deep, LLC and founder and executive director of Soul River, Inc. Chad, a United States Navy veteran with firsthand experience of the therapeutic healing powers of fly fishing to cope with PTSD, has over 16 years of experience in creative advertising & design.