Don’t chop down a tree plan to spite its roots On June 2nd, The Oregonian Editorial Board published an op-ed titled "Portland's Cadillac Tree Plan." The editorial argues that the City’s newly adopted tree code is too expensive to implement, requires too much staff to administer, unduly restricts private property rights, and hey, since Portland already has a healthy and growing 29% citywide tree canopy, what's the big deal? The op-ed recommends instead that Portland City Council scrap the 2011 plan for one "that protects trees adequately without compromising private property rights unnecessarily -- and requires no additional hires."

Right-o. I completely agree. Let's roll up our sleeves and go back to the drawing board. After all, as the editorial implies, this is just another example of sneaky bureaucrats somehow squeaking through a program that nobody needs, wants, or likes.

Forget that the new code was adopted after 1000 hours of stakeholder invovlement, forging consensu s between developers and environmentalists with 250 community meetings and 2 sets of open houses. Forget the plan’s unanimous approval by Portland's Urban Forestry Commission, City Council, and the Planning and Sustainability Commission.

Now, on to costs -- because we all know money doesn’t grow on trees. As the editorial points out, those same bureaucrats propose to fund this tree code by siphoning away $800,000 in primarily developers' money the first year, plus $600,000 each subsequent year. And to do what exactly? Add a measly 100 acres of new tree canopy per year?

Let's do some simple math. Portland's 2007 Urban Forest Canopy Assessment calculated the value of Portland's 24,811 acres of citywide tree canopy at over $4.9 billion -- making each acre of tree canopy worth over $197,000. That 100 acres a year from the new Portland tree code will increase the City’s assets by $20 million annually for a program that costs $600,000 annually to administer.

So obviously, implementing the tree code would just be a huge waste of money. And don't even get me started on the trampling of property rights -- those socialists down at City Hall thinking that we need their permission to cut our trees. Talk about Big Brother! And hey, while you’re downtown protesting this infringement, don't forget to follow up on that noise complaint for your neighbor's late night parties. And maybe get the City to do something about their tall weeds, and that inoperable vehicle up on blocks? (It's ruining the neighborhood, and violates City code.)

But the main point here, folks, is that the existing tree code is doing just fine. As the editorial says, Portland gained almost 2,400 acres of tree canopy between the years 2000 to 2010. So why consolidate and simplify the existing regulations, which are scattered like fall leaves across eight different titles of the Portland City Code? Why craft a code that will provide a more equitable distribution of tree canopy throughout the City? Why protect the City's existing tree canopy in light of the 132,000 new households expected in Portland by the year 2035? I say if the tree code ain't broke, don't fix it.

With that, Intertwiners, I hope I’ve made my point -- laid on thick with my East Coast sarcasm -- that the Oregonian Editorial Board's recommendation of scrapping Portland's new tree code is misguided. And here’s why, delivered straight:

As is the case with any new code, there will be some necessary tweaks after implementation, but this can and should be addressed through periodic review and evaluation. Let's not chop down a healthy tree plan before it has a chance to take root. 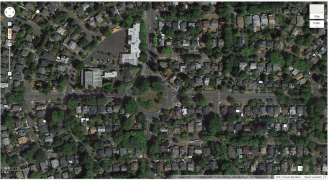 Todd Prager lives in Lake Oswego and serves on the Lake Oswego Planning Commission. He is an ISA Certified Arborist and a member of the American Institute of Certified Planners. He works with tree codes in Portland and throughout the region with his own consulting firm, Todd Prager & Associates.