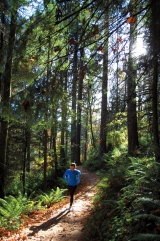 Most Sunday mornings, I lace up my trail shoes, strap on my Nutcase, and pedal my rusty Peugeot across the Broadway Bridge towards Forest Park. Over coffee with my motley running crew -- scientists and beekeepers, grocery clerks and retirees -- we leisurely debate the day’s route: Wildwood or Maple? 53rd or Upper Saltzman? A few hours later, begrimed and wheezy, we again debate: Bridgeport Brewery or Deschutes? Pyramid or Rogue?

But more than earning my suds, and more, even, than enjoying the lush morning hush of these trillium-framed runs, I treasure this Sunday tradition for expanding -- to borrow Mickey Fearn’s phrase from last week’s Our Common Ground Dialogue on Race and the Environment -- my “cultural tribe.” From the shared love of an outdoor run, strong friendships have sprung, along with startling ideas, empathy, and new paths. 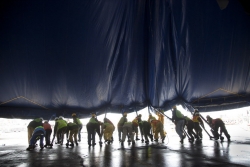 On June 12, here at Intertwine HQ, we launched a new tradition: the Wednesday publication of this blog, Outside Voice. With weekly guest writers like Mickey, above, as well as arborist Todd Prager, conservation educator Traci Price, extreme kayaker Sam Drevo, and so many others to come, the aim of Outside Voice, like The Intertwine Alliance itself, is to enhance the canopy under which we gather, celebrate shared loves, and debate our next steps.

We’re pleased to report, just six weeks in, that Outside Voice is taking root. Web traffic is growing, and we’ve fielded many comments, pro and con, responding to our writers’ stances. With organizing themes like Fit City and Trail Watch, Biofiles and Family Green, Outside Voice shows early signs of becoming the vital forum we envision. After all, with over 100 Alliance partners, our coalition clearly has much to discuss. 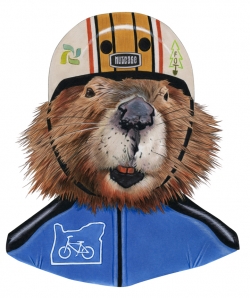 As The Intertwine’s cultural tribe grows, our big tent will accommodate your many voices. In the past year alone, we've added multiple new Intertwine community platforms, from 2013’s Our Common Ground Report and promotions campaign, to Outside Voice and dialogues, like last week’s, that bring the conversation face-to-face.

But whether these platforms work -- to both challenge and unite our diverse community, with partners spanning healthcare and sportswear, architecture and education, park groups and public utilities -- well, that depends on you. Are you ready to chime in, carry the conversation forward, celebrate both the shared loves and split hairs that characterize our cultural tribe?

If so, lace up. We’ll meet you here next Wednesday. And bring your nutcase...

Through new storytelling outlets like Outside Voice and the 2013 Our Common Ground Report, Writer & Editor Ramona DeNies aims to raise awareness of The Alliance’s 100+ partners and their work to build and enhance The Intertwine. A reporter, freelance journalist, and MFA candidate at Portland State University, Ramona has called Oregon home since 2001.

My bar for summer livability was set high when I moved to Boise, Idaho, after graduating 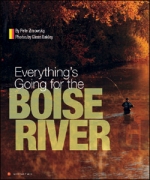 from college. The Boise River, which flows through the middle of town, is the lifeblood of the city. Locals not only kayak, inner-tube and fish the river, they also swim in it. And the City of Boise, recognizing the energy and value that this beloved river provides its citizenry, has made major efforts to cultivate its greatness, even opening a whitewater park north of downtown earlier this spring.

After three years in the City of Trees, I moved to Portland for a job. In 1998, Portland was gaining national attention for its “green,” fresh-thinking culture. Yet almost upon arrival, I was put on notice that “nobody swims in the Willamette…it is a toilet...a superfund site.”

My reaction was outrage, then disappointment. It made no sense that a city billed as the “greenest city in the U.S.” had a polluted river running through the center of town. And

I found it baffling that people simply made jokes, doing little to change it.  I realized that naively, I had both overestimated Portland and underestimated Boise. Even today, after fifteen years in Portland, I think of Boise as the Paris of metropolitan river park systems. I am, however, heartened by a swell of activism that promises to transform our own urban river culture.

In November 2011, the City of Portland completed a $1.44 billion, 20-year project, 100% funded by ratepayers, called The Big Pipe. Many in Portland have heard about The Big Pipe, and many of these people know that it’s now complete.  However, too few understand how successful this engineering marvel has been, and what this success could mean for all of us.

Very simply, The Big Pipe was created to control sewage overflows into the Willamette

River.  Before The Big Pipe project was complete it would only take 1/10 of an inch of rain to cause raw sewage to overflow into the Willamette River.  Historically, this disgusting occurrence would occur 100 times -- or more -- every year, so after completion in 2011, it didn’t take very long for The Big Pipe to be tested. And yet last March, the wettest in recorded city history, we experienced not one sewage overflow the entire month.  Passing this test, it’s likely that Portland may not ever again experience a summertime sewage overflow in the Willamette River.

The significance of this? That it’s safe to swim in the Willamette River! Whether a Portland 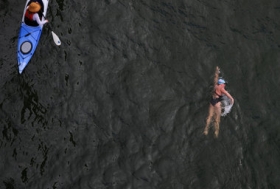 native, or a transplant, like me, you may find this hard to believe.  Therefore, I encourage you to do some simple research and develop your own opinion.  Don’t just accept carte blanche the words of someone who told you our river was polluted when you moved here.  Or, for Portland natives, I challenge you to consider the notion that we the people can change a river.  We can reclaim it, restore it, and develop it wisely for recreational use.  The Willamette is not the same river it was 20 years ago. 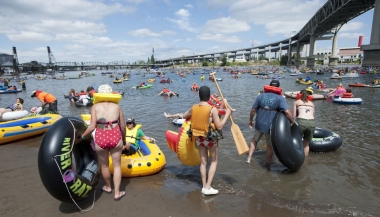 In Portland, enjoying our short but sublime summer is something we embrace with an artist’s intensity. But for too long, those summers have been missing one elemental ingredient.  Something right under our toes can transform our city forever, make Portland the world class city we all want it to be, and exponentially increase our quality of life.  That’s right, the Willamette River.  So, grab some friends and go take a dip. We paid a lot of money to clean up the Willamette, and now it’s time to collect our river dividend.

Will Levenson is co-owner of Popina Swimwear and Ringleader of The Human Access Project.